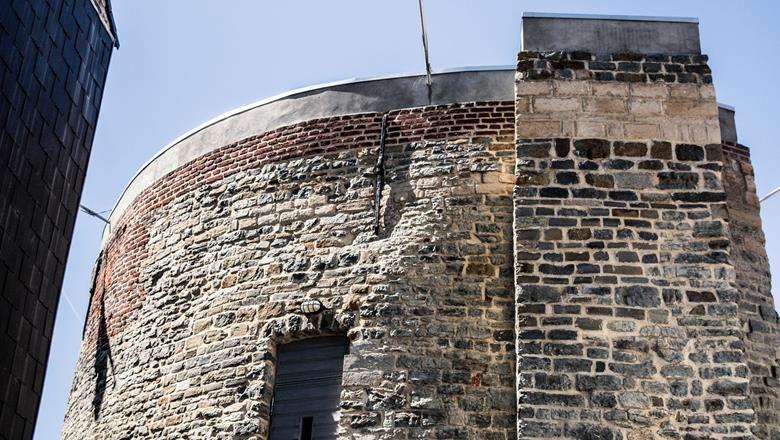 The ‘Dierkost’, a keep in porphyry stone, was an important component of the city walls between the ‘Putsemaintoren’ and the ‘Overpoort’ in the middle of the 13th century.

After the tower had dominated the road to Hainaut for centuries, it also served as a place where the city archives were kept, a hiding place for the dignitaries and venue of the St Sebastian Archers’ Guild.

When the city walls of the upper city were demolished in 1817-1818, the ‘Dierkost’ was restored with brick and sandstone, and in 2009, the tower was completely renovated.