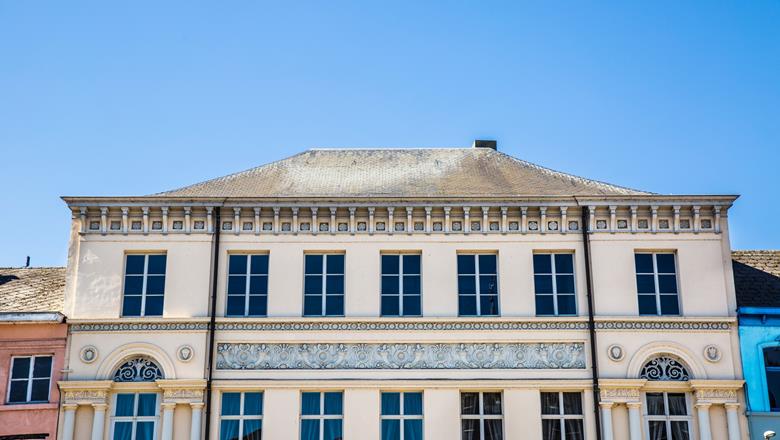 In 1817, François Spitaels commissioned the architect Lodewijk Roelandt to design a bank house in an empire style in the place where the 'Grand Manor’ used to be. In the frieze above the windows, he had his name engraved between the logos of Trade, Abundance and Shipping.

The protruding sides were embellished with columns and caps representing the continents. After the bankruptcy of his son Prosper Spitaels, the building was bought by his Liberal friends, who set up their party premises there.