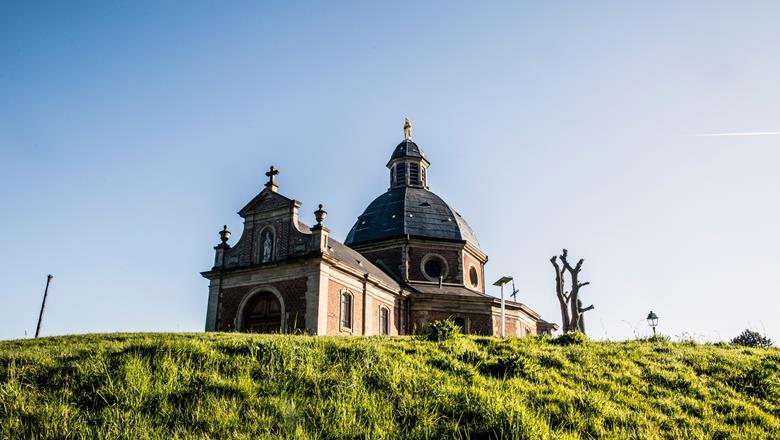 Once you have climbed the ‘Muur’ (Wall) and the ‘Kapelmuur’ (Chapel Wall), you reach the top of the Oudenberg at the neo-baroque Chapel of Our Lady. The chapel on the Oudenberg was originally built as a place of worship by a hermit in 1294. In a later chapel in 1648, Our Lady’s statue of grace was placed, so that the chapel became a place of pilgrimage for Geraardsbergen. In 1906, the chapel was replaced by a larger one with a domed roof. A carillon was added in 1955.