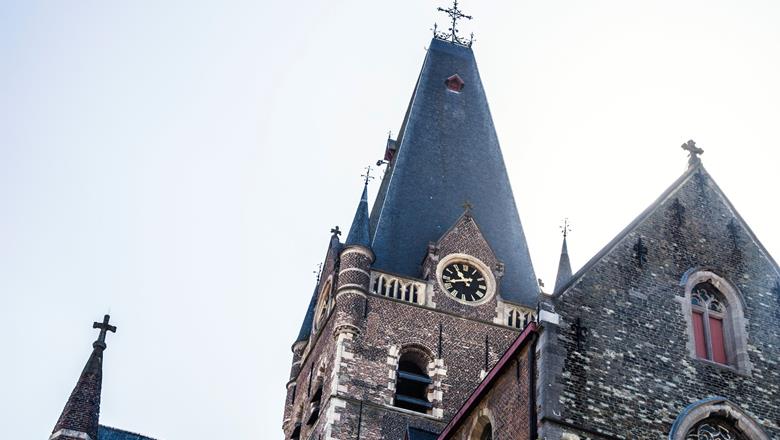 The 12th-century ‘Capelle van Onze Lieve Vrouw ter Maerct’ lies at the origin of the church. At the beginning of the 16th century, the church was extended and had a Gothic appearance that closely resembled that of the present main church.

During the restoration works of 1580-1618, the Gothic motifs were replaced by baroque figures. The last major renovation works (1876-1895) give the entire façade and interior a neogothic look.