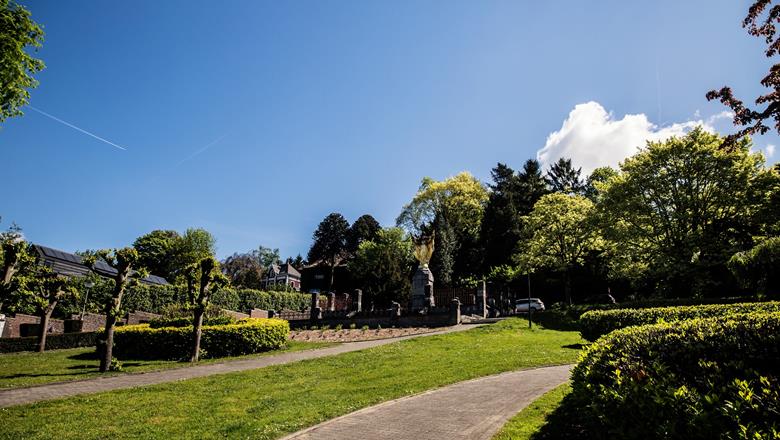 Grupello Park is Flanders’ steepest park. The slope is similar to that of the Wall, from where you are afforded a beautiful view of the city centre.

The park was named after the sculptor Grupello who was born in Geraardsbergen in 1644.

At the foot of the park stands a monument of an elephant, a colonial tribute to the locals who died in the Belgian Congo.

At the top of the park is the Holy Heart Statue. This war memorial was erected in 1920 to commemorate the end of the war and as a token of gratitude for the preservation of the city. The statue watches over the city as it were.